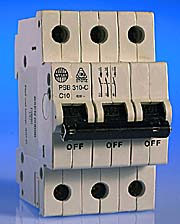 MCB terminal capacity,
25 mm on all PSB mcb's
Wylex Three Phase MCB ( Type C ) - 10kA
Rated 10 Amps
Black Retaining clip
Existing Boards
Type C devices are capable of supplying the majority of inductive and capacitive loads such as motors and transformers.
Surges on energisation, for example with discharge lighting, may well reach 25 times the rated current of the device, but only for very short duration.
Three Phase Distribution Board use
Wylex MCB's detect overcurrents due to both overload and fault currents.
The MCB will operate and interrupt the supply to prevent damage to the installation. 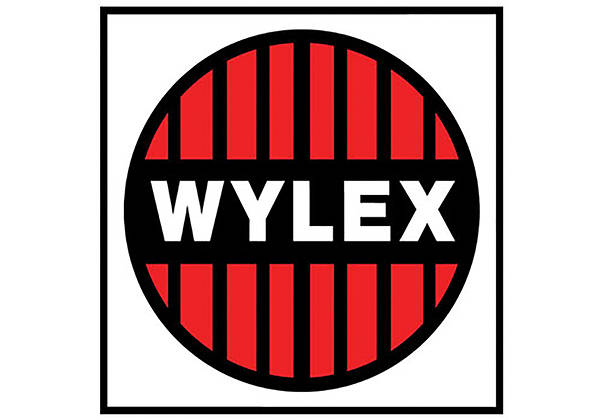